PostgreSQL, also known as the world’s most advanced open source database, has a new release version since last September 24 2020, and now it is mature, we can check what is new there to start thinking about a migration plan. PostgreSQL 13 is available with many new features and enhancements. In this blog, we will mention some of these new features and see how to deploy or upgrade your current PostgreSQL version.

Let’s start mentioning some of the new features and improvements of this PostgreSQL 13 version that you can see in the Official Documentation.

And many more changes. We just mentioned some of them to avoid a larger blog post. Now, let’s see how to deploy this new version.

How to Deploy PostgreSQL 13

For this, we will assume that you have ClusterControl installed, otherwise, you can follow the corresponding documentation to install it.

To perform a deployment from ClusterControl, simply select the option Deploy and follow the instructions that appear. 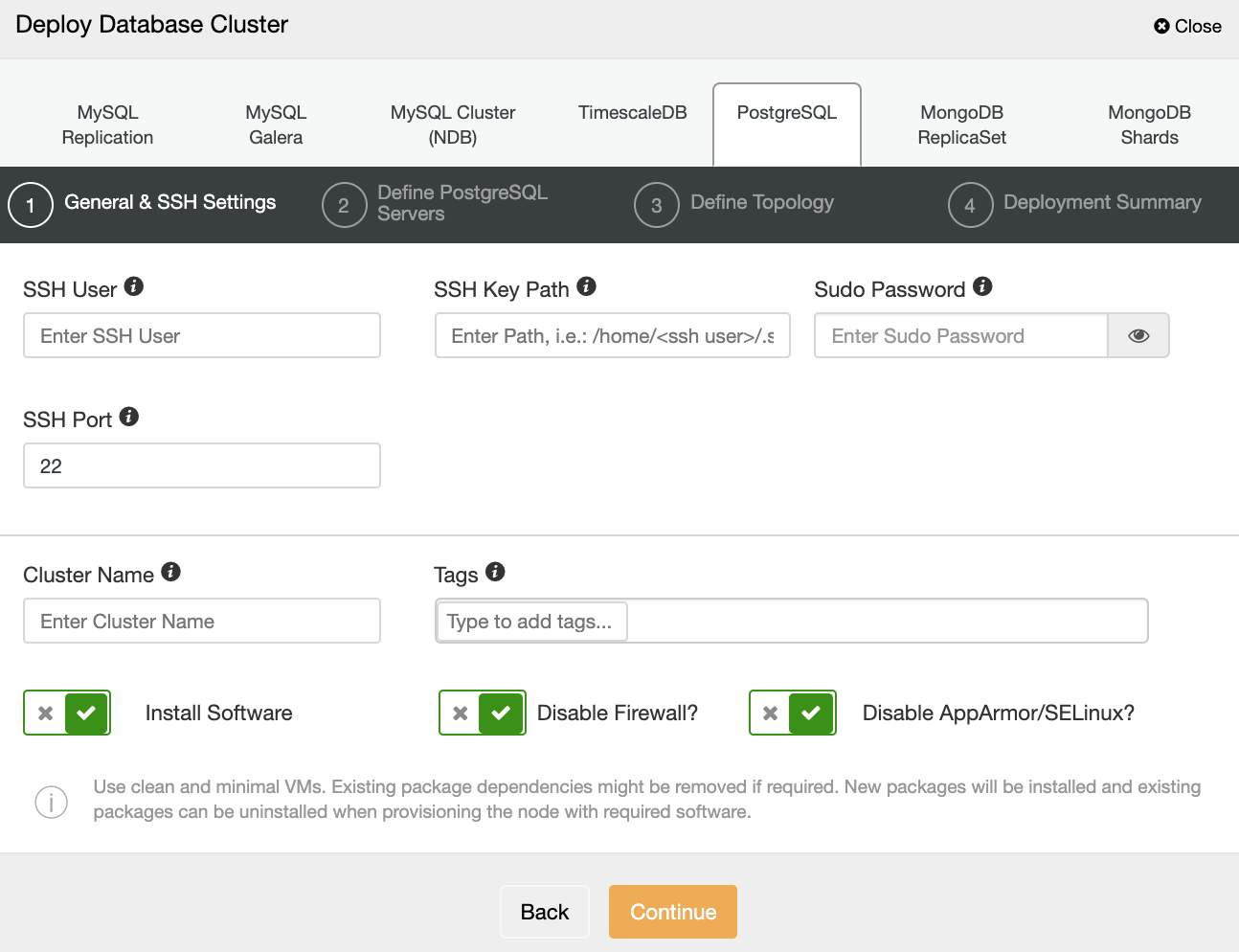 When selecting PostgreSQL, you must specify User, Key or Password, and Port to connect by SSH to your servers. You can also add a name for your new cluster and if you want ClusterControl to install the corresponding software and configurations for you. 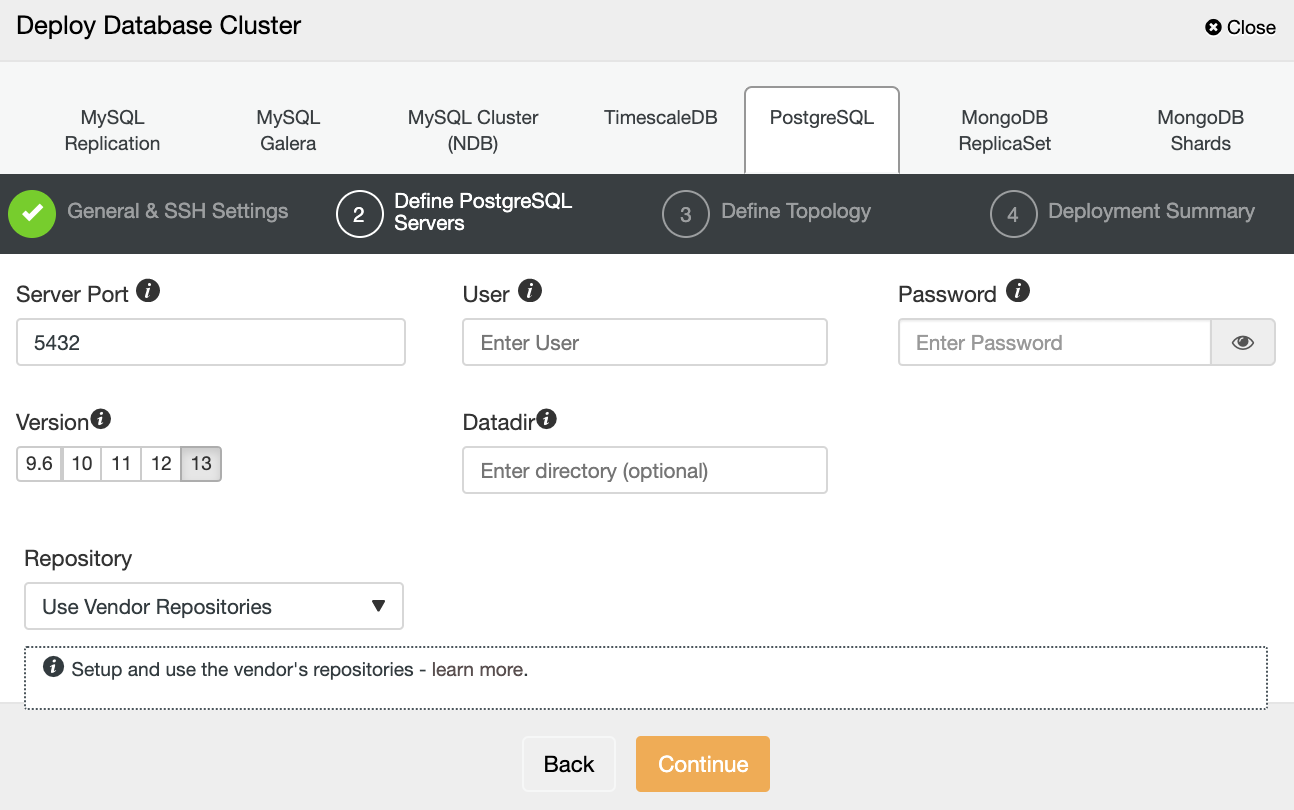 After setting up the SSH access information, you need to define the database credentials, version, and datadir (optional). You can also specify which repository to use.

In the next step, you need to add your servers to the cluster that you are going to create using the IP Address or Hostname. 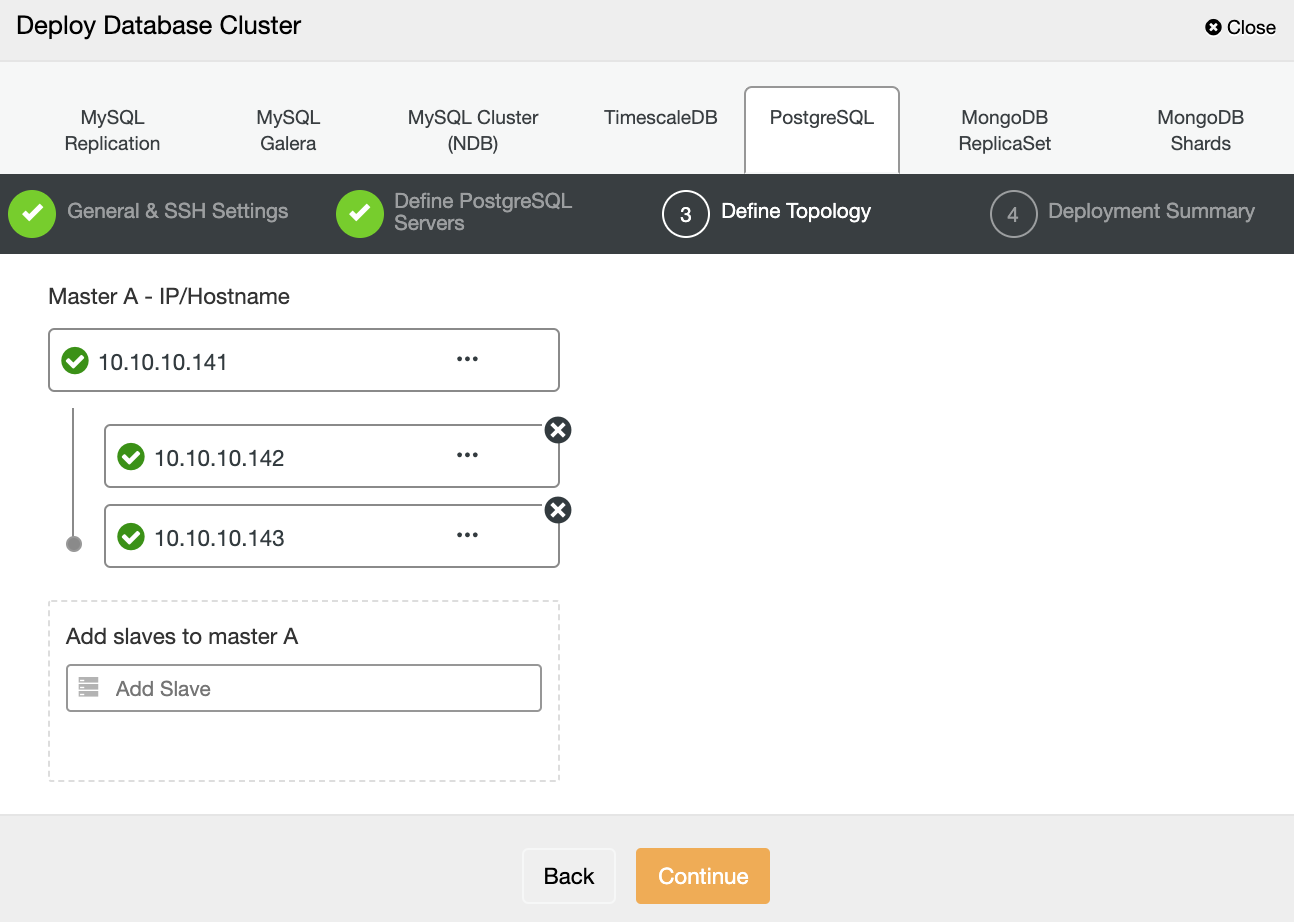 In the last step, you can choose if your replication will be Synchronous or Asynchronous, and then just press on Deploy. 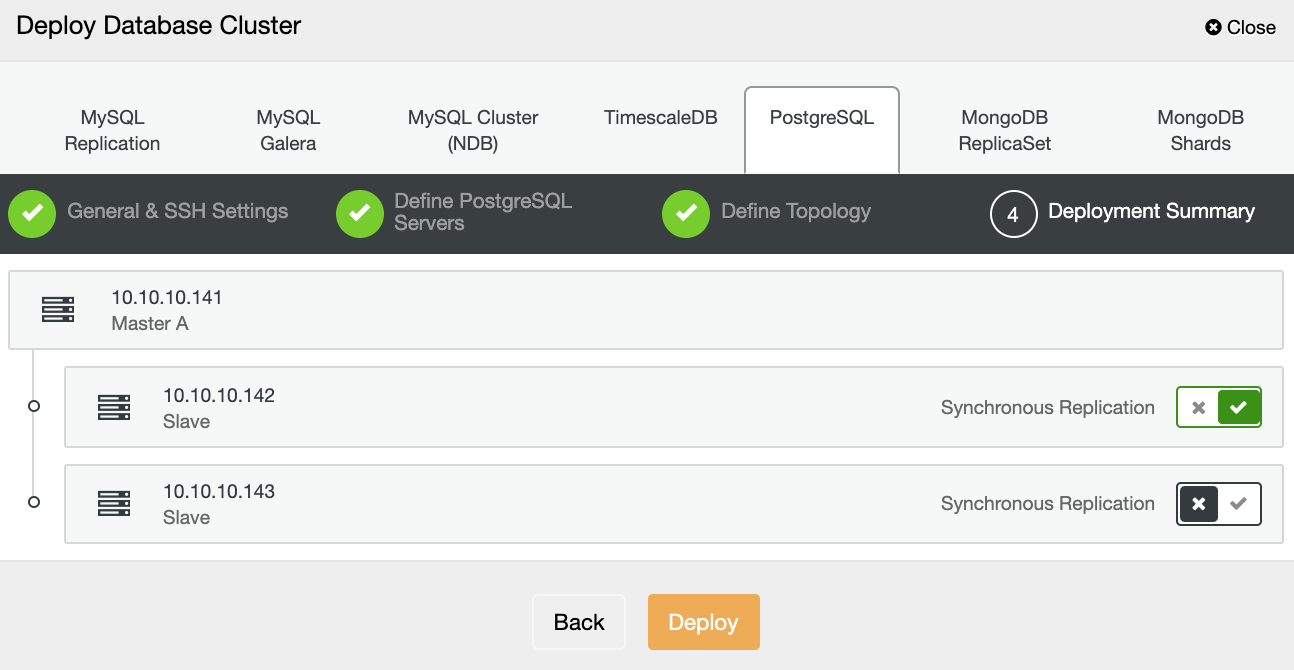 Once the task is finished, you can see your new PostgreSQL cluster in the main ClusterControl screen.

Now you have your cluster created, you can perform several tasks on it, like adding load balancers (HAProxy), connection poolers (PgBouncer), or new replication slaves from the same ClusterControl UI.

If you want to upgrade your current PostgreSQL version to this new one, you have three main options which will perform this task.

For more detailed information about the new PostgreSQL 13 features, you can refer to the Official Documentation.