This blog post is the third part of the series of blogs about indexes in MySQL. In the second part of the blog post series about MySQL indexes, we covered indexes and storage engines and touched upon some PRIMARY KEY considerations. The discussion included how to match a column prefix, some FULLTEXT index considerations, and how you should use B-Tree indexes with wildcards and how to use ClusterControl to monitor your queries’ performance, subsequently, indexes.

In this blog post, we will go into some more details about indexes in MySQL: we will cover hash indexes, index cardinality, index selectivity, we will tell you interesting details about covering indexes, and we will also go through some indexing strategies. And, of course, we will touch upon ClusterControl. Let’s begin, shall we?

MySQL DBAs and developers dealing with MySQL also have another trick up their sleeve as far as MySQL is concerned – hash indexes are also an option. Hash indexes are frequently used in the MEMORY engine of MySQL – as with pretty much everything in MySQL, those kinds of indexes have their own upsides and downsides. The main downside of these kinds of indexes is that they are used only for equality comparisons that use the = or <=> operators meaning that they’re not really useful if you want to search for a range of values, but the main upside is that lookups are very fast. A couple more downsides include the fact that developers cannot use any leftmost prefix of the key to find rows (if you want to do that, make use of B-Tree indexes instead), the fact that MySQL cannot approximately determine how many rows there are between two values – if hash indexes are in use, the optimizer cannot use a hash index to speed up ORDER BY operations either. Bear in mind that hash indexes are not the only thing the MEMORY engine supports – MEMORY engines can have B-Tree indexes too.

As far as MySQL indexes are concerned, you might also heard another term going around – this term is called index cardinality. In very simple terms, index cardinality refers to the uniqueness of values stored in a column that uses an index. To view the index cardinality of a specific index, you can simply go to the Structure tab of phpMyAdmin and observe the information there or you can also execute a SHOW INDEXES query:

The SHOW INDEXES query output that can be seen above as you can see has a lot of fields, one of which depicts the index cardinality: this field returns an estimated number of unique values in the index – the higher the cardinality, the greater the chance that the query optimizer uses the index for lookups. With that being said, index cardinality also has a brother – his name is index selectivity.

Creating covering indexes on a table is pretty simple – simply cover the fields accessed by SELECT, WHERE and GROUP BY clauses:

Keep in mind that when dealing with covering indexes, it is very important to choose the correct order of columns in the index. For your covering indexes to be effective, put the columns that you use with WHERE clauses first, ORDER BY and GROUP BY next and the columns used with the SELECT clause last.

Following the advice covered in these three parts of blog posts about indexes in MySQL can provide you with a really good foundation, but there are also a couple of indexing strategies you might want to use if you want to really tap into the power of indexes in your MySQL architecture. For your indexes to adhere to MySQL best practices, consider: 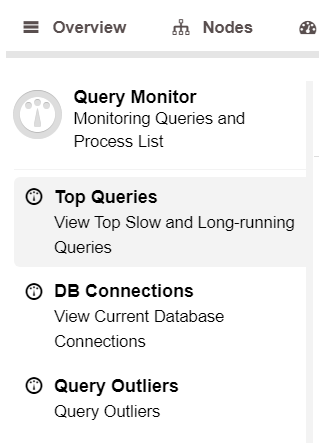 You can even filter your queries allowing you to make an assumption if an index was used by an individual query or not:

As you can probably tell by now, indexes in MySQL are a very complex beast. To choose the best index for your MySQL instance, know what indexes are and what they do, know the types of MySQL indexes, know their benefits and drawbacks, educate yourself on how MySQL indexes interact with storage engines, also take a look at ClusterControl for MySQL if you feel that automating certain tasks related to indexes in MySQL might make your day easier.