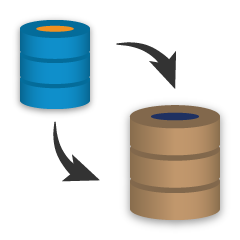 While it shares the same heritage with MySQL, MariaDB is a different database. Over the years as new versions of MySQL and MariaDB were released, both projects have differed into two different RDBMS platforms.

MariaDB becomes the main database distribution on many Linux platforms and it’s getting high popularity these days. At the same time, it becomes a very attractive database system for many corporations. It’s getting features that are close to the enterprise needs like encryption, hot backups or compatibility with proprietary databases.

But how do new features affect MariaDB compatibility with MySQL? Is it still drop replacement for MySQL? How do the latest changes amplify the migration process? We will try to answer that in this article.

What You Need to Know Before Upgrade

With the release MariaDB 10.3, MariaDB surprised many since it is no longer a drop-in replacement for MySQL. MariaDB is no longer merging new MySQL features with MariaDB noir solving MySQL bugs. Nevertheless version 10.3 is now becoming a real alternative to Oracle MySQL Enterprise as well as other enterprise proprietary databases such as Oracle 12c (MSSQL in version 10.4).

Migration is a complex process no matter which version you are upgrading to. There are a few things you need to keep in mind when planning this, such as essential changes between RDBMS versions as well as detailed testing that needs to lead any upgrade process. This is especially critical if you would like to maintain availability for the duration of the upgrade.

Upgrading to a new major version involves risk, and it is important to plan the whole process thoughtfully. In this document, we’ll look at the important new changes in the 10.3 (and upcoming 10.4) version and show you how to plan the test process.

To minimize the risk, let’s take a look on platform differences and limitations.

Starting with the configuration there are some parameters that have different default values. MariaDB provides a matrix of parameter differences. It can be found here.

In MySQL 8.0, caching_sha2_password is the default authentication plugin. This enhancement should improve security by using the SHA-256 algorithm. MySQL has this plugin enabled by default, while MariaDB doesn’t. Although there is already a feature request opened with MariaDB MDEV-9804. MariaDB offers ed25519 plugin instead which seems to be a good alternative to the old authentication method.

MariaDB’s support for encryption on tables and tablespaces was added in version 10.1.3. With your tables being encrypted, your data is almost impossible for someone to steal. This type of encryption also allows your organization to be compliant with government regulations like GDPR.

MariaDB supports connection thread pools, which are most effective in situations where queries are relatively short and the load is CPU bound. On MySQL’s community edition, the number of threads is static, which limits the flexibility in these situations. The enterprise plan of MySQL includes threadpool capabilities.

MySQL 8.0 includes the sys schema, a set of objects that helps database administrators and software engineers interpret data collected by the Performance Schema. Sys schema objects can be used for optimization and diagnosis use cases. MariaDB doesn’t have this enhancement included.

Another one is invisible columns. Invisible columns give the flexibility of adding columns to existing tables without the fear of breaking an application. This feature is not available in MySQL. It allows creating columns which aren’t listed in the results of a SELECT * statement, nor do they need to be assigned a value in an INSERT statement when their name isn’t mentioned in the statement.

MariaDB decided not to implement native JSON support (one of the major features of MySQL 5.7 and 8.0) as they claim it’s not part of the SQL standard. Instead, to support replication from MySQL, they only defined an alias for JSON, which is actually a LONGTEXT column. In order to ensure that a valid JSON document is inserted, the JSON_VALID function can be used as a CHECK constraint (default for MariaDB 10.4.3). MariaDB can’t directly access MySQL JSON format.

Oracle automates a lot of tasks with MySQL Shell. In addition to SQL, MySQL Shell also offers scripting capabilities for JavaScript and Python.

Once we know our limitations the installation process is fairly simple. It’s pretty much related to standard installation and import using mysqldump. MySQL Enterprise backup tool is not compatible with MariaDB so the recommended way is to use mysqldump. Here is the example process is done on Centos 7 and MariaDB 10.3.

To deploy an environment you can also use ClusterControl which has an option to deploy from scratch. 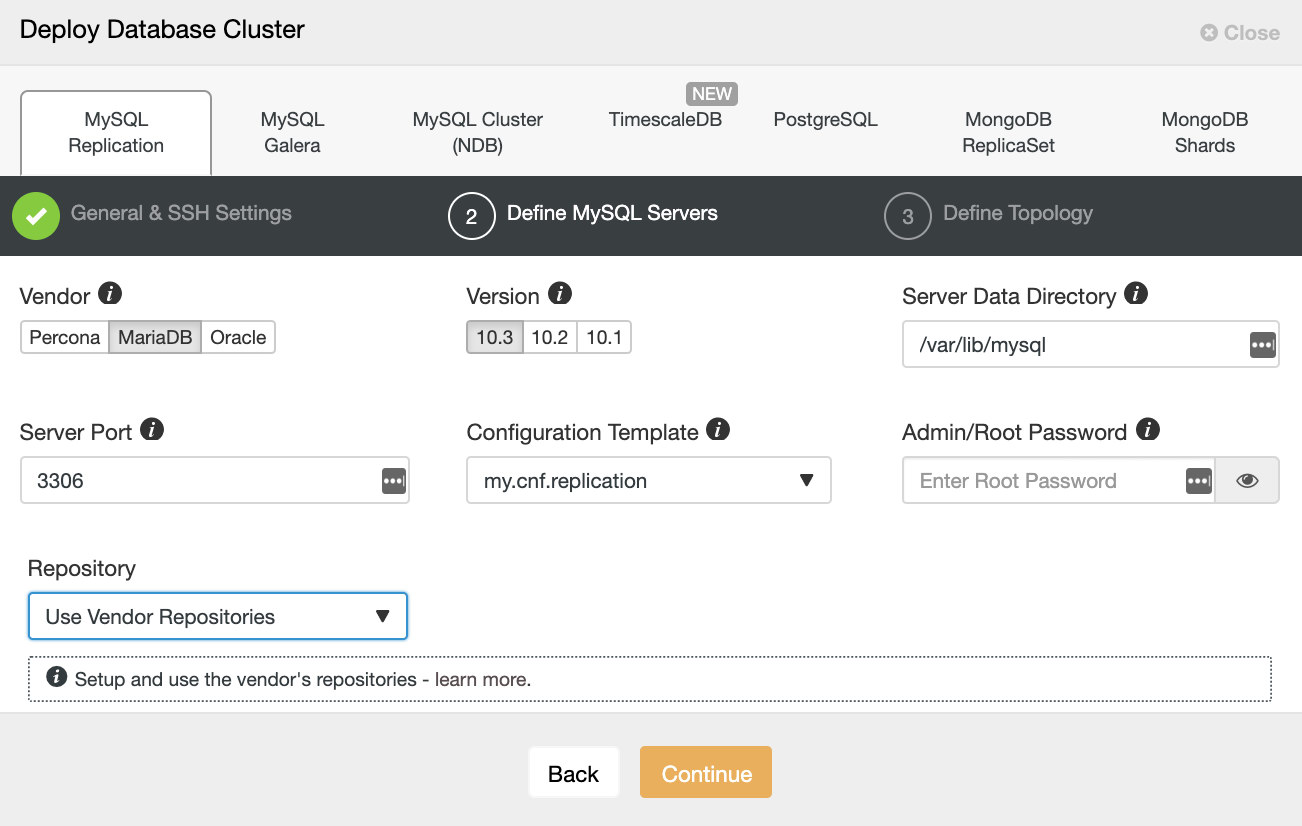 ClusterControl can be also used to set up replication or to import a backup from MySQL Enterprise Edition.

Based on MariaDB documentation: https://mariadb.com/kb/en/library/mariadb-vs-mysql-compatibility/. X refers to MySQL documentation.
Related resources
ClusterControl for MariaDB
What’s New in MariaDB 10.4
How to Manage MySQL – for Oracle DBAs

Here are some general rules pointed by the MariaDB.

Even if you don’t plan to use replication in the migration/cutover process having one is a good confidence-builder is to replicate your production server on a testing sandbox, and then practice on it.

We hope this introductory blog post helped you to understand the assessment and implementation process of MySQL Enterprise Migration to MariaDB.