It is a well-known fact that MSSQL databases have ruled the world of data technologies and have been the primary source of data storage for over four decades. Generally, the MSSQL database is used mainly for accessing relational databases. MSSQL ruled the segment, but as the Web development market paced up, there came a shift towards the usage of open source databases like MySQL, PostgreSQL, etc. But MSSQL was still the first choice. Soon enough, data started growing exponentially, and scalability became a major issue; at that time, NoSQL rolled in to save the day. NoSQL (derived from “Not only SQL”) is the name given to a type of database that can host non-relational, unstructured data. It means data in a NoSQL database does not necessarily exist in fixed-length columns and rows like it does in a relational database and can be highly unstructured. This type of database comes with built-in high-availability and fast performance features. Applications using NoSQL databases are less concerned about entity relationship, transactional consistency, or data duplication.

MongoDB is a NoSQL database that made a deep proliferation over the last decade or so, fueled by the explosive growth of the web and mobile applications running in the cloud. This new breed of internet-connected applications demands fast, fault-tolerant and scalable schema-less data storage which NoSQL databases can offer. MongoDB uses JSON to store data like documents that can vary in structure offerings, a dynamic, flexible schema. MongoDB designed for high availability and scalability with auto-sharding. MongoDB is one of the popular open-source databases that arise under the NoSQL database, which is used for high volume data storage. In MongoDB, the rows known as documents don’t require to have a schema defined beforehand. The fields will be created on the fly.  The data model available within MongoDB allows hierarchical relationships representation, to store arrays, and other more complex structures more efficiently.

Having seen the excellent features of MongoDB, now every developer should be able to understand why it is better to use a NoSQL based database for developing big data transactions applications and for implementing a scalable model. Now, it’s time to leave behind the schema definitions of MSSQL and get the advantage of using schema-less databases like MongoDB. The following are some of the vital advantages of MongoDB. 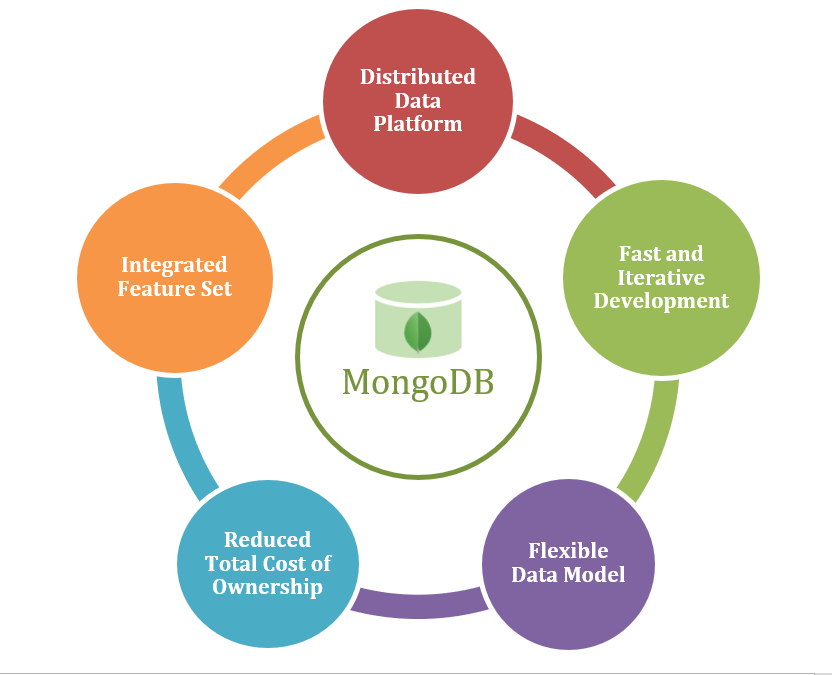 MongoDB assures new levels of availability and scalability, throughout geographically distributed data centers and cloud regions. With no downtime and without changing any code in an application, MongoDB scales elastically in terms of data volume and throughput. The technology gives you enough flexibility across various data centers with the right consistency.

Frequent change of business requirements will not directly affect the success of any project delivery in any enterprise. A flexible data model with dynamic schema, command-line tools, and powerful GUI, helps the developers to build and evolve applications. Moreover, automated provisioning enables continuous integration and delivery for productive operations, whereas static relational schemas and complex procedures based RDBMS are now something from the past.

MongoDB will store the data in a flexible JSON-like documents method, which allows data persistence and combining easily. The objects in the application code are mapped to the document model, due to which working with data becomes easy. The schema governance controls, complex aggregations, data access, and rich indexing functionality will not be compromised in any way. Without any downtime, one can modify the schema dynamically. This flexibility is an excellent advantage for a developer and less worry about data manipulation.

Application developers will be able to do their jobs better by using MongoDB. Costs become significantly very much lowered as MongoDB runs on commodity hardware. This technology allows an on-demand, pay-as-you-go pricing model with annual subscriptions, which comes with 24/7 global support.

MongoDB used in the development of a variety of real-time applications such as event-driven streaming data pipelines, analytics with data visualization, text, and geospatial search, graph processing, in-memory performance, and global replication reliably and securely. For any RDBMS to accomplish this, there require additional complex technologies, along with separate integration requirements.

In today’s database, MongoDB is gaining large popularity as a NoSQL database and becoming a real game-changer in the IT arena. MongoDB is an excellent choice for businesses that have rapid growth or databases with no clear schema definitions (i.e., you have a lot of unstructured data). Moreover, it has numerous benefits, including lower cost, open-source availability, and easier scalability, which makes MongoDB an appealing choice for anyone thinking about integrating with Big Data. Even though MongoDB is a young technology compared to MSSQL, however, which makes them slightly more volatile.