We’re excited to announce the 1.7.6 release of ClusterControl – the only database management system you’ll ever need to take control of your open source database infrastructure.

This new edition expands our commitment to cloud integration by allowing a user to deploy a SQL database stack to the cloud provider of your choice with the HAProxy load balancer pre-configured. This makes it even simpler and faster to get a highly available deployment of the most popular open source databases into the cloud with just a couple of clicks.

In addition to this new function we also have improved our new MySQL Freeze Frame system by adding the ability to snapshot the process list before a cluster failure.

In ClusterControl 1.6 we introduced the ability to directly deploy a database cluster to the cloud provider of your choosing. This made the deployment of highly available database stacks simpler than it had ever been before. Now with the new release we are adding the ability to deploy an HAProxy Load Balancer right alongside the database in a complete, pre-configured full stack.

Load balancers are an essential part of traffic management and performance, and you can now deploy a pre-integrated database/load balancer stack using our easy-to-use wizard. 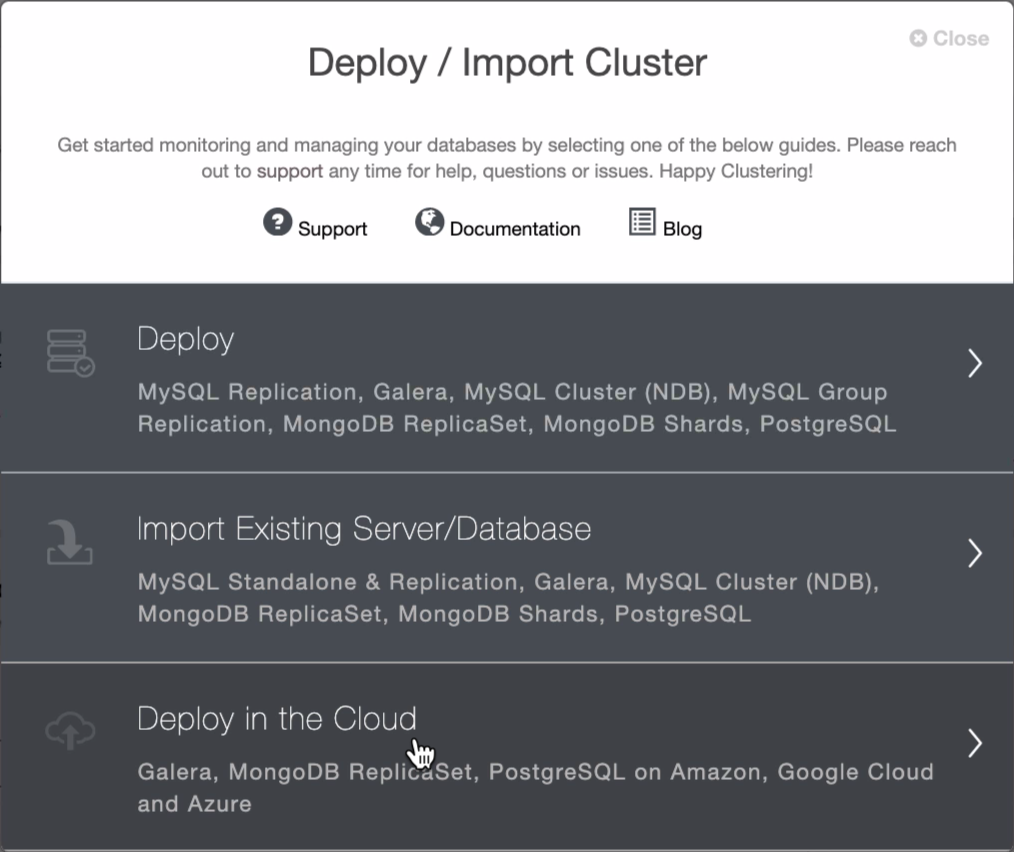 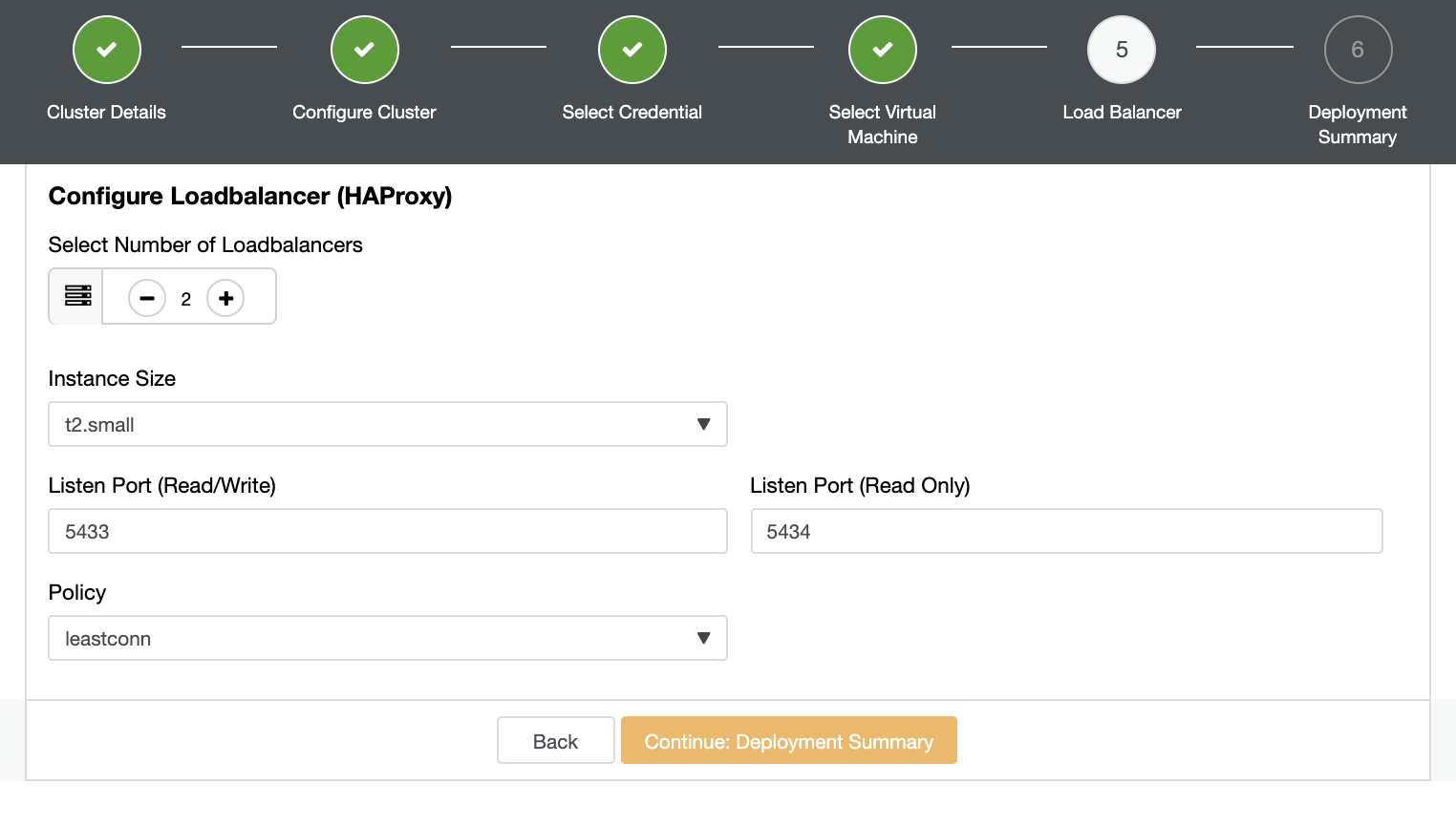 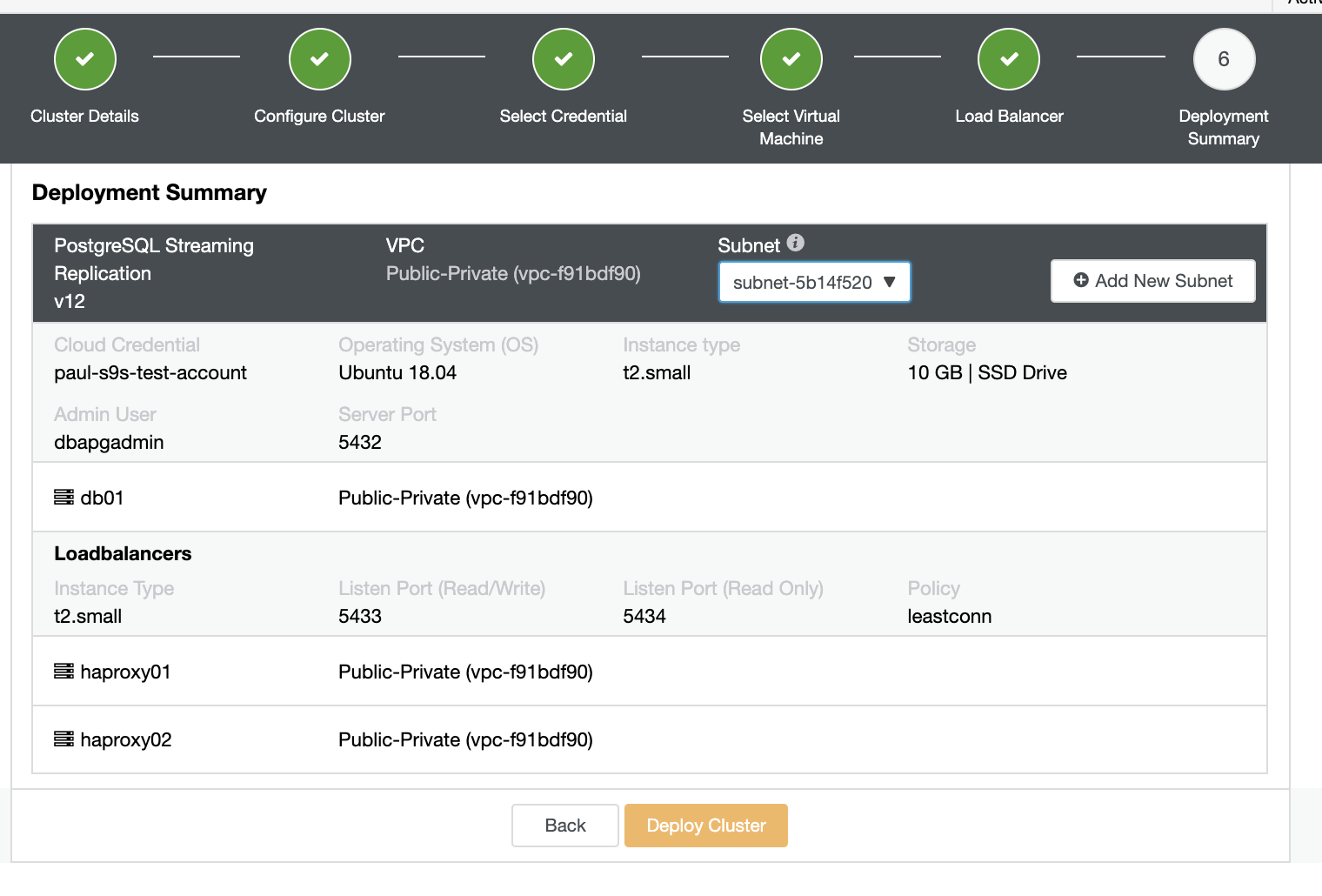 Over the course of the last few months, we have been releasing several patches which culminated in the release of ClusterControl 1.7.6. You can review the changelog to see all of them. Here are some of the highlights…