MongoDB is by far the most popular choice in NoSQL world as its distributed architecture allows for more scalability and its document data model provides good flexibility to developers. Almost every year, major MongoDB version is released and 2018 is no exception. MongoDB 4.0 was released in July 2018, followed by some other minor releases as well. With MongoDB version 4.0, multi-document transactions and type conversions are supported now. MongoDB introduced new tool called MongoDB charts(beta) and added support of aggregation pipeline builder in MongoDB compass as well in 2018. In this article, we will go through some exciting features of MongoDB which were released in 2018.

All transactions provide consistent view of data across one or many collections in database using snapshot isolation. MongoDB won’t push any uncommitted changes to secondary nodes/replicas. Once a transaction is committed, all the changes will be applied to secondary nodes.

There are many examples where we can use MongoDB multi-document acid transactions such as,

Things to Consider While Adding Transactions

To get real-time insights of data and writing complex queries, MongoDB developers generally prefer to create aggregation pipeline. In MongoDB 4.0 version, some new aggregation type conversion operators have been added for querying data without cleansing of individual fields.

Functionality of change streams which provides real time data changes updates without any complex settings was introduced in version 3.6. With version 4.0, change streams can track changes of whole database or cluster instead of only a single collection now. Apart from this, now, change streams also returns cluster timestamp associated with an event which can be helpful for the server applications.

When your database is sharded across the cluster, adding and removing nodes elastically from a sharded cluster can be time consuming at some times. The sharded cluster balancer which is responsible to distribute data across all the shards, got major upgrade in version 4.0. Now, it can finish data migration at 40% faster rate. 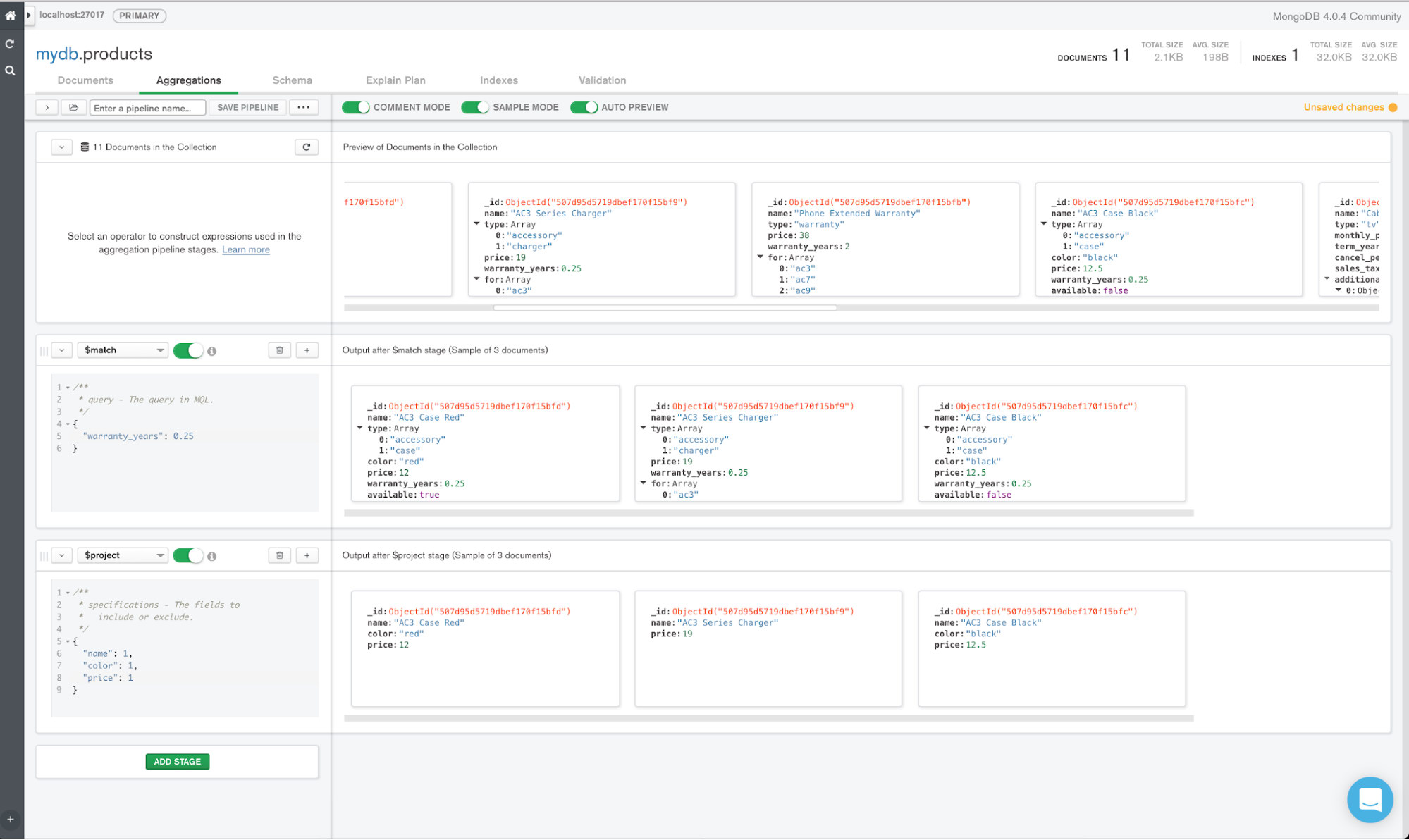 In addition to this feature, compass also has the ability to export your queries to any native code languages of your choice now.

MongoDB Charts is the new tool which enables the user to quickly create real time visualizations of MongoDB data. This tool is built for document data model with support of type handling, array reductions and nested documents as well. This tool allows user to create chart dashboards and share it with other users. MongoDB charts is now fully integrated with MongoDB Atlas.

The Future of MongoDB

MongoDB also plans to launch some new features with its version 4.2 which includes,